But these were extremely few. Towards the end of the proceedings at Valladolid the Inquisitionary judges there summoned before them Juan Galvan, a young theological student who lodged with Salinas, the blind musician.

Galvan testified that for about two years he had discussed matters of theology, mathematics, and astrology with Luis de Leon. Poza seems to have doubted whether he ought to keep such a work, and consulted Luis de Leon on the question. Luis de Leon dipped into the book, and came finally to the conclusion that the whole thing was rubbish. But he found in the work some curious observations, and was tempted to make at least one experiment which involved the use of a pious formula. The owner of the book left Salamanca to avoid an epidemic which was then raging there.

Luis de Leon had expected a visit from Poza that day, and had intended to burn the volume in Poza's presence. No more was heard of Poza; yet it seems that Luis de Leon's curiosity as to the possibilities of astrology continued with but little abatement. It was perhaps unwise of Luis de Leon thus to furnish his adversaries with ammunition which they might use against him; but could anything bespeak conscious innocence more strongly than his voluntary avowal? Luis de Leon heaped one indiscretion on another. In his protestations of innocence, he went so far as to suggest to the Court what course it should take.

He told the judges plainly that they ought to order Leon de Castro to be prosecuted for perjury. But expediency was not an arm that Luis de Leon could bring himself to use. He complained again and again of delays, attributing this loss of time to official mismanagement and incidentally reflecting on the competency of the judges.

As time went on, and as the prisoner's health grew weaker, he lost patience, making his complaints of delay more frequently and with increasing vehemence. There was always the alternative that he might be supposed to have used in earnest the words imputed to him; in which case, even if the evidence on this point were far more decisive than it actually was, 'before believing it, it would be your duty to ascertain whether I had gone out of my mind at the time, or were drunk'.

Nor should it be overlooked that the judges were subjected to continual pressure from the attacking parties. The official calificadores took a serious view of Luis de Leon's opinions on the authority of the Vulgate; they showered reports upon the judges; naturally these reports did not always agree with one another, but they were unanimous in one respect; they declared against the teaching of Luis de Leon, [] and this perhaps decided the tribunal in giving judgement.

We may think that the court unconsciously allowed itself to be swayed by personal prejudice against a prisoner who was at no great pains to conceal his estimate of its capacity. However that may be, it must be admitted that the decision of the Court had behind it a great body of what may be called expert opinion. Castillo, indeed, came to the conclusion that Luis de Leon had uttered nothing against faith; but while he acquitted the prisoner of teaching 'erroneous, temerarious or scandalous doctrine', he held that Luis de Leon was much to blame for dealing with the question when and where he did.

That decision had at last to be given. It had been put off year after year. This series of postponements—ordered, despite the wishes of the prisoner and as he contended against his interests—had got on to Luis de Leon's nerves, had led to occasional moods of depression, and had betrayed him into a few irritable or intemperate outbursts. But these results were unintentional. As early as July 29, , they delegated a piece of work to one of their commissaries in Salamanca, and impressed on him the urgency of dispatch. This may have been due to accident, or to incompetence on their part.

But the policy of continual adjournment could not be prolonged for ever. It had lasted too long for the patience of the Supreme Inquisition: []. On September 28, , a vote was taken on Luis de Leon's case. Guijano de Mercado and Dr. 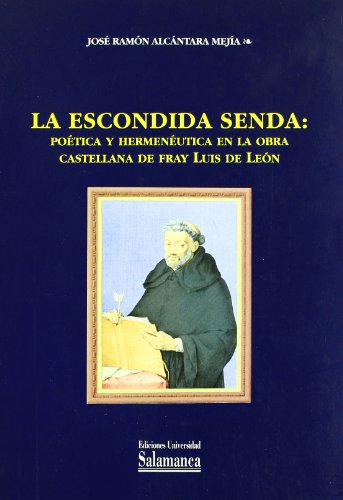 Frechilla took a more lenient view, recommending that, in consideration of the more exculpatory reports recently given by the calificadores , in consideration also of the replies made by the prisoner and by Mancio, Luis de Leon should be reprimanded for dealing with so grave a matter as the authority of the Vulgate at an unsuitable time, before an unsuitable audience; that he should be called upon to renounce publicly certain views which seemed ambiguous; that he should be told by his bishop to occupy himself with matters of general interest; that he should cease lecturing altogether; and that his Song of Solomon , done into Spanish, should be seized.

The Licentiate Pedro de Castro undertook to give his decision in writing.

Guijano gave the reprimand to which Luis de Leon listened, standing up while it was pronounced. But the Ethiopian cannot change his skin, and it was not till August 13, , that the petitioner received full satisfaction. Opinions differ as to whether Luis de Leon was imprisoned in the original Inquisitionary cells on the site of which 18 and 20 calle del Obispo now stand.

Y por la falta de salud que he tenido como es notorio, no lo he podido acabar. The following occurs in a document handed in by Luis de Leon on January 26, ' Gonzalez de Tejada, op. No time was wasted in filling the chair. It was declared vacant on March 30, ; Medina was elected to it on April 4; he received 95 votes, and the Augustinian Pedro de Uceda received Pablo, en la forma que V. An order was made that this document should be forwarded to the Supreme Inquisition.

I have failed to trace any further reference to it.

Another sitting was held on March 19, and a vote was taken with the result that the previous decision was confirmed by four votes to two. Think about all the noise he has had to deal with during his long day at the office. It is on record, however, that Luis de Leon was elected Provincial of the Augustinians of Castile on the earliest opportunity August 14, that presented itself. XL, pp. A prosaic narrative of established facts does not immediately recommend itself to the average man. Dear Lord, and Friend, more dear to me Than all the names Earth's love hath found, Through darkest gloom I'll follow Thee, Or cheer'd with beaming glory round. However this may be, the predominant influence in De los nombres de Cristo , as in all Luis de Leon's prose, is Scriptural and Christian.

No saving of time was wrought by this change. Luis de Leon's memory betrayed him as regards the signatures attached to the Vatable Bible. He was under the impression that he had signed a copy which was handed over to Francisco Sancho. In this he proved to be mistaken. The fact appears to be that the Old Testament was revised in ; owing to the absence of Sancho and Luis de Leon, the revision of the New Testament was suspended; it was not finished till , and thus Medina was enabled to sign the Vatable Bible.

It seems clear that Luis de Leon had no head for dates. He was, as we have seen p. Diego de Gaona states that he knew Luis de Leon in or Luis de Leon frequently makes this point. The subsequent proceedings illustrate the leisurely methods of the Inquisition.

Nothing seems to have been done in the matter up to May 12, , when Luis de Leon made another application to the Inquisitor General; this was entrusted to the Valladolid judges to forward. Though the Supreme Inquisition directed that an inquiry be held, no reply had reached Luis de Leon on July 14, , on which date he renewed his application. He presented a fourth petition on the subject on August 7: in this he substitutes his father for his brothers who were not included in his second and third applications.

Rojas is brutally frank. Galileo Galilei, Opere Milano, , vol. XIII, p. XI : 'Item si saben etc. Luis de Leon y Fr. He became professor of Scripture at Osuna in See F. It needed uncommon courage to pronounce in favour of Copernicus at the end of the sixteenth century. His nerve was unshaken. Towards the end of his life he was engaged on a task after Luis de Leon's own heart: the bringing to book of an unreasonable Provincial. There were distinguished exceptions, no doubt. But as a general rule a 'predicador' was rarely considered eligible for a university chair.

It is right to add that Ciguelo, who appears to have been silly and malignant, was not summoned by the Inquisition. He appeared as a volunteer witness who came forward of his own accord to give evidence. At the same date, he insinuated that Luis de Leon did not believe in the coming of Christ. On being pressed to give the names of those who had heard Luis de Leon say anything of the sort, Ciguelo declared that he had not been told them.

A good specimen of Luis de Leon's sarcasm is given on pp. X: 'Los dominicos se sintieron desto mucho; y porque yo soy particular servidor del dicho D. This inference is based on the fact that Luis de Leon refers to Cano more often than to any of the others, that he sometimes mentions Cano separately, and that his allusions to Cano are always couched in the most respectful terms: ' Era un cartapacio como de cien hojas, de ochavo de pliego, de letra menuda.

No me acuerdo bien si me dijo un dia que quien le habia dado aquel libro habia experimentado lo de los conjuros. This calificacion appears to be in the handwriting of Fray Hernando de Castillo, who signed it. It is also signed by the Dominican Antonio de Arce and by Dr. This occurs in a letter dated 'Madrid, 8 de otubre de '. There seems to be a mistake in the heading of this letter: according to this heading, the letter from the Supreme Inquisition reached Valladolid on October 8, It can scarcely be a mere misprint.

Francisco de Menchaca del Consejo de S. En Madrid siete de diciembre Y en todo imploro el oficio etc. When did Luis de Leon return to Salamanca, and how was he received there? According to an anonymous contemporary, whom Gallardo conjectured to be a Jesuit, Luis de Leon made a sort of triumphal entry into Salamanca, accompanied by a procession which marched along to the sound of timbrels and trumpets.

The date of the procession may be doubtful. There is no reason to doubt the general accuracy of the assertion that there was some public manifestation of joy at Luis de Leon's release. But life is not made up of triumphal processions. On December 31 [] Luis de Leon met the Claustro of the University, which had been duly informed of his acquittal. After congratulatory phrases from the Rector, the released man was invited to speak.